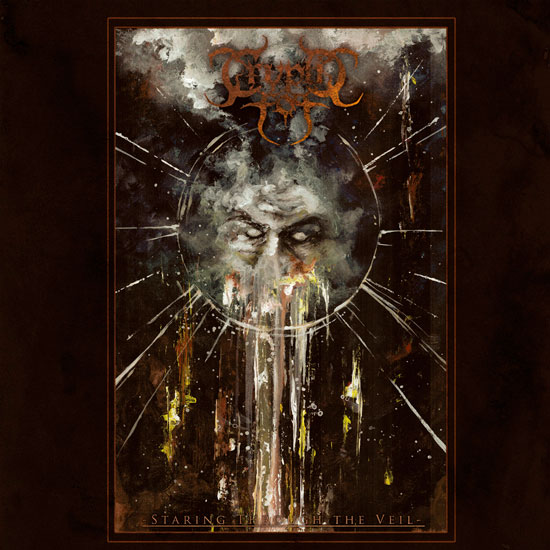 Info: Hailing from the American Midwest, CRYPTIC FOG are one of the death metal underground’s true, as-yet-discovered gems. To date, the band have only a demo to their name, from their very beginnings in 2009, but they’ve been patient and plying away at their trade to craft to twisted majesty of Staring Through the Veil. Based around the songwriting duo of guitarist/bassist Dave Bennett and drummer Dan Klein, with Klein handling all vocals, together have delivered a work that ably balances aggression and atmosphere, performance and production.

While grounded firmly in the long-running traditions of death metal on both sides of the Atlantic – thus, Tampa as much as Stockholm – CRYPTIC FOG aren’t afraid to blacken to a crisp their percolating compositions, which explode and retract and then twist further, only to explode into another angle, always offering the listener some new diabolical construct to warp the mind. And yet, for however serpentine the five songs comprising Staring Through the Veil may be (read: THEY’RE EPIC), the band manage to skillfully revisit and reiterate motifs, making the 46-minute album truly a journey but, above all, a highly memorable one. And that’s to say nothing of the gleaming-yet-grimy production – as clear and precise as the playing, but maintaining the same gnarliness that underpins the album’s lyrical themes.

While they seek to eventually have a working live lineup, CRYPTIC FOG have at least managed to deliver a work that’ll stand the test of time, as a monument to the boundless power and imagination as the death metal artform. Begin Staring Through the Veil and take your first steps toward an unforgettable journey!